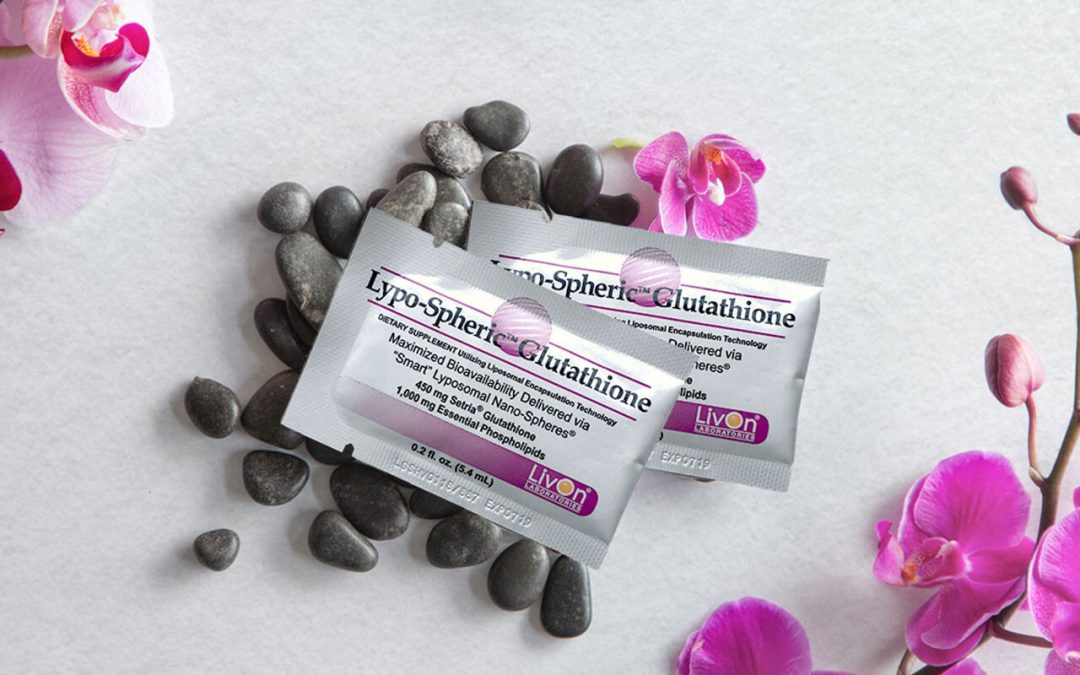 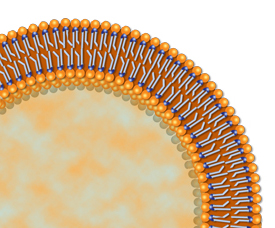 This diagram of a liposome cutaway shows how the tails of phospholipids turn inward to form a bi layer membrane, and in so doing encapsulate a therapeutic agent.

Young, normally functioning cells produce their own glutathione by combining three amino acids: glutamine, glycine and cysteine. As we age or cells become diseased, the production of this critical molecule decreases and can even stop. Also, as cells are subjected to more and more oxidative stresses, such as free radicals, toxins, and pathogenic attacks, the cell’s normal production process is unable to keep up with the need. That is why so many people are turning to oral glutathione supplementation.

Until recently, the only way to boost glutathione levels was by intravenous injection or by ingestion of those precursor amino acids, along with other nutrients like carnitine and alpha lipoic acid that assist in glutathione synthesis. This is because traditional oral glutathione cannot survive the human digestive process. Juices in the stomach break the glutathione molecule into its three constituting amino acids, bringing you back to square one.

Since the monitoring of glutathione blood levels after ingestion of glutathione-rich foods does not show a significant change, one can deduce that the dismantled glutathione is not reassembled from the pieces after entering the bloodstream.

Essential phospholipids encase glutathione molecules in submicroscopic bubbles that are impervious to digestive juices. These phospholipid capsules are known as liposomes. They can pass through the stomach and into the small intestine where they easily pass through the intestinal wall with their unaltered glutathione molecules. No other delivery system can transport more non-degraded, bio-available glutathione into your system. And it’s not just raising blood and plasma levels. As Dr. Thomas Levy writes in his book GSH: Master Defender, “In addition to this superior delivery of nutrients, a liposome delivery system also effectively protects its contents from oxidation until it is time for the payload to be delivered.”

Glutathione’s powerful benefits and vulnerability to the digestive system make it an ideal candidate for liposomal encapsulation. Supplement companies have figured this out and flooded the market with products. These vary in quality. True liposomal supplements must meet a strict criteria to ensure that they do what they purport to do: protect the glutathione molecules from destruction and deliver them to the cells.

Liposomes are about as vulnerable to oxygen as glutathione molecules are to stomach acid. That’s why our Lypo-Spheric® Glutathione supplements come in uni-dose packets. When you buy multi-dose liposomal supplement in bottles, you expose the liposomes to damaging oxygen every time you squeeze out a dose.

Pro tip: Refrigerating your Lypo-GSH will help all

Are you getting enough B vitamins to support your

When your New Years resolution is to do more yoga,