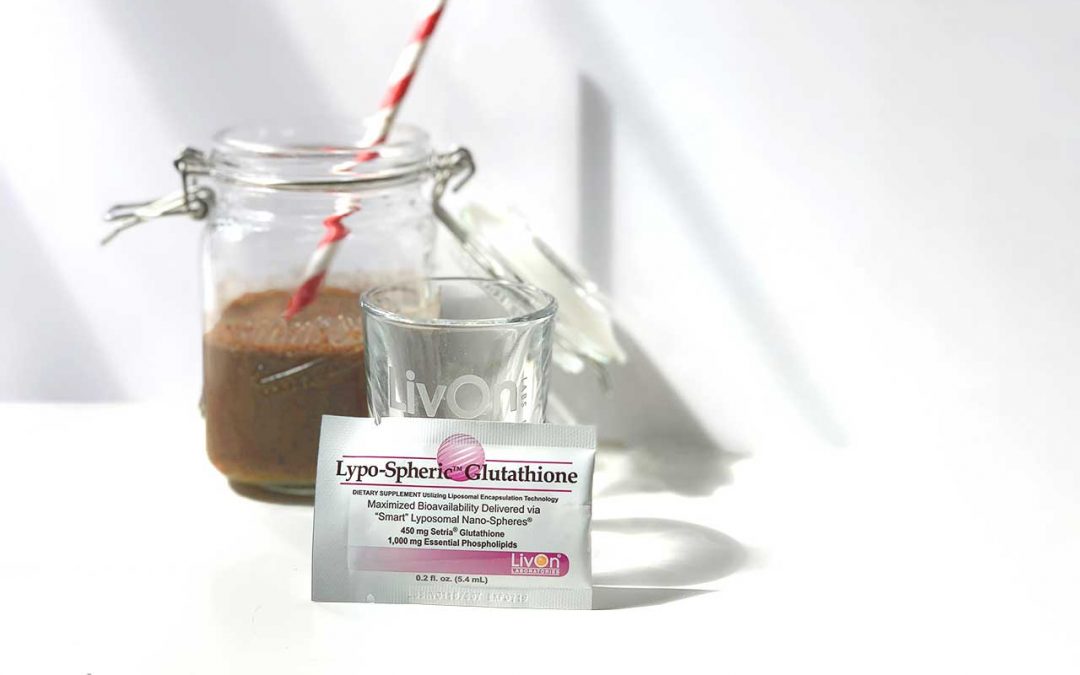 The search for eternal youth. Sounds great in theory, but who would actually want to be 16–24 forever? Stuck in a time of awkward moments and bad decisions? Student loan payments and dumpy apartments? Sure, you recovered from hangovers faster, but 38-year-old you knows better than to waste your weekends on a bender anyway.

So, maybe it’s about youth in a state of brain, not of mind. The wisdom of age with the cognitive health that you enjoyed in the days of your youth when you weren’t in a booze and junk food brain fog.

Without further ado, let’s talk about the anti-aging, brain-supporting nutrients of the Forever Young shot.

It’s based in almond milk. Just one cup provides up to 50% of your daily Vitamin E requirement. The brain benefits of Vitamin E are well documented. According to authors of a 2014 study, “Vitamin E is an important antioxidant that primarily protects cells from damage associated with oxidative stress caused by free radicals. The brain is highly susceptible to oxidative stress, which increases during ageing and is considered a major contributor to neurodegeneration. High plasma vitamin E levels were repeatedly associated with better cognitive performance.”

Blend in some blueberries to protect DNA from free radical damage that can lead to a lot of problems as you age. These powerful little berries have demonstrated neuroprotective effects in multiple clinical settings. A 2010 study also indicated that supplementing with blueberries improved memory in older adults.

We tossed in some maca for a compelling — though small — study that it found an association between the root an improvements in cognitive function in mice.

Sprinkle in some turmeric and cinnamon for their anti-inflammatory properties and you’ve got the base of the Forever Young shot.

Now, we get to the secret ingredient: Lypo-Spheric® Glutathione. The “master antioxidant,” Glutathione recycles all the other antioxidants in the almond milk, blueberries, turmeric, and cinnamon. It’s also critical to the health of cells throughout your body. Brain cells in particular require high levels of glutathione to maintain optimal cognitive function as we age.

This powerhouse nutrient is gaining popularity as a skincare supplement due to its skin brightening properties that may help with the appearance of age spots.

How to Make the Forever Young Shot 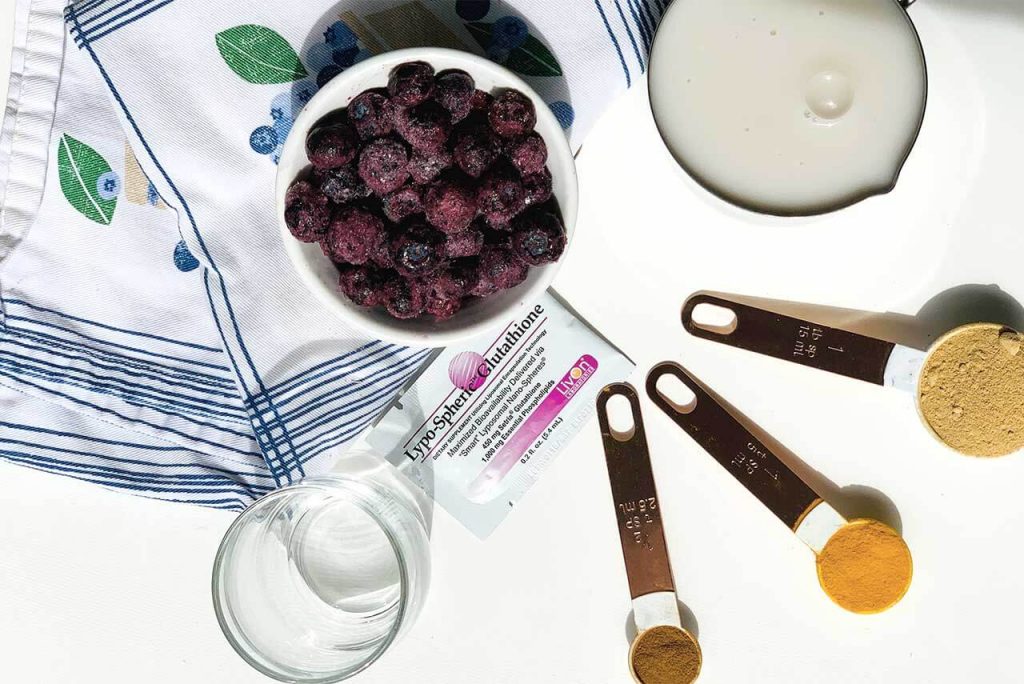 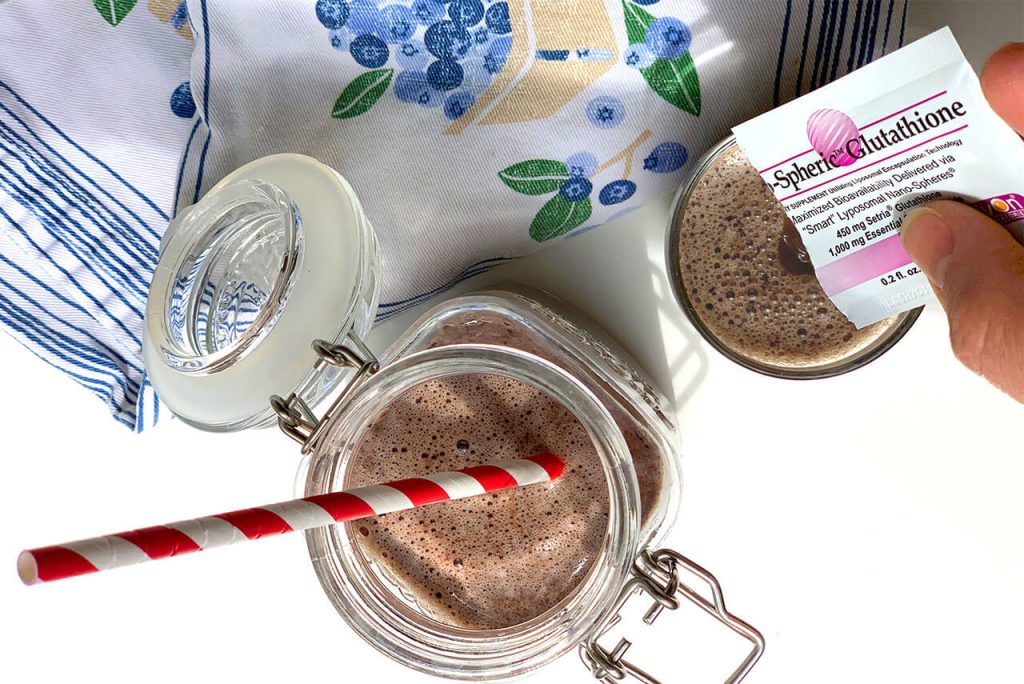