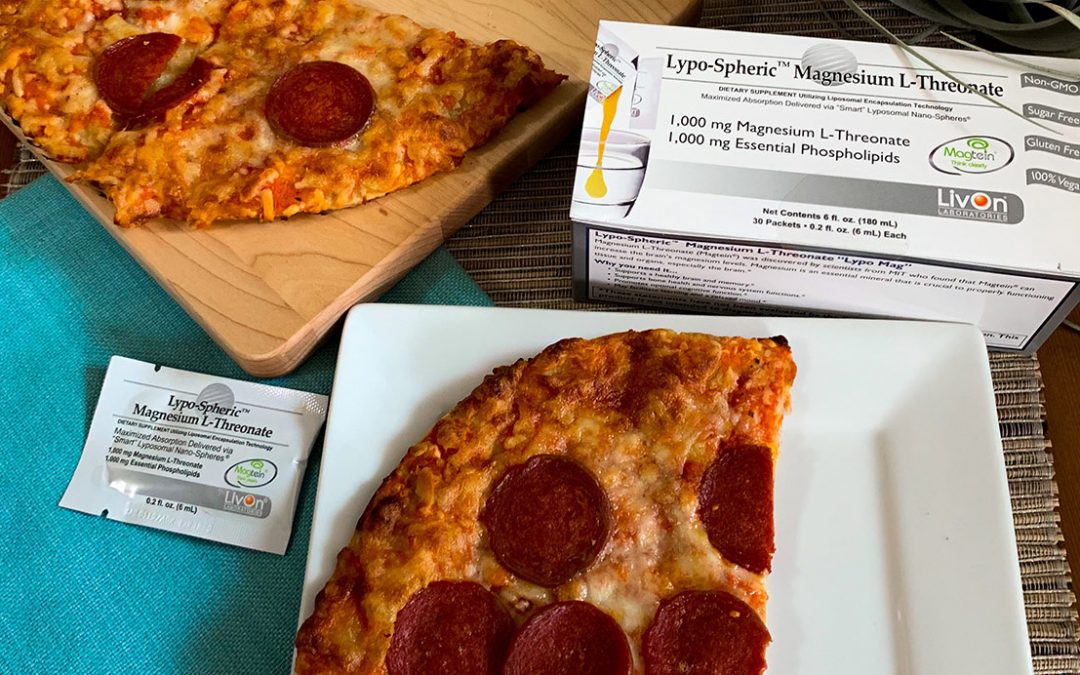 Whether it’s absorption challenges or lack of nutrients in gluten-free foods, celiac disease and general gluten sensitivity can lead to deficiencies in vitamins and minerals that are critical to our health. Finding the right supplements with the right minerals and vitamins for gluten free living can help ensure that you are meeting all your specific nutritional needs.

There are two reasons for the need for supplemental minerals and vitamins when living gluten-free:

Vitamin absorption problems in people with celiac and gluten intolerance

Intestinal villi, the finger-like projections that line the interior surface of your small intestine, absorb nutrients from food. When you have celiac disease, gluten triggers your immune system to attack the villi, which causes them to atrophy. The resulting condition, villous atrophy, debilitates you from absorbing nutrients from the foods you eat.

It also causes problems in digesting naturally occurring sugars from foods by decreasing the enzymes that process them. People with celiac often have depleted lactase, which digests lactose from milk. That’s why lactose intolerance is often a secondary diagnosis. Sucrase digests sucrose, the sugar that occurs in all plant foods, including fruits, vegetables, and sugar cane. Maltase digests maltose, the sugar in cereal grains. People with gluten sensitivity often have lower levels of these enzymes, thus have trouble digesting these foods.

What does sugar digestion have to do with vitamins for gluten-free living? Well, milk, fruits, vegetables, and cereal grains are filled with necessary nutrients. If you have to avoid these foods due to sensitivity, you are at risk of not consuming their nutrients.

The most advanced cases of villous atrophy can lead to malnutrition. According to the Celiac Disease Foundation, celiac patients can reverse the condition by removing gluten from their diets. They caution that this takes time, possibly up to a couple years before the villi and enzymes are regrown and can properly digest nutrients again.

Substitute flours allow people with gluten sensitivity to eat the foods they enjoy, but they do not have the same nutritional profile as conventional flours and breads. Gluten-free foods tend to lack the fiber of their conventional counterparts, meaning those substitutes are more likely to cause blood sugar spikes.

In the 1940s, the federal government mandated that traditional flours, breads, and cereal grains are fortified with nutrients like magnesium and B vitamins. Their gluten-free counterparts are considered specialty items, thus are not subject to the same regulations, leaving people eating gluten-free diets susceptible to deficiencies in these nutrients. Without fortification, ingredients like tapioca starch offer little in the way of nutrition. Luckily, many gluten-free food manufacturers are offering whole grain-based gluten-free products, which offer significant increases in nutrient content.

People who have recently adopted a gluten-free diet are particularly vulnerable because they may be accustomed to these foods as sources of nutrients and may not assume the substitutes do not have the same nutritional profiles. Plus, these people may also still be dealing with the intestinal damage from gluten.

Vitamin D: Difficult to Absorb and Present in Dairy Foods

Vitamin D deficiency is common among people with celiac, occurring in 64% of men and 71% of women. We make Vitamin D by exposure to sunlight, but it’s also found in numerous fortified and in milk. The latter presents a problem due to the common lactase depletion.

Since fortified milk and orange juice are great dietary sources of Vitamin D, people with celiac-induced lactose and sucrase intolerance are at risk of not consuming enough. Egg yolks, fatty fish, and mushrooms are also replete with Vitamin D, but because of the damage to the villi, people with celiac and gluten sensitivity may have difficulty absorbing the Vitamin D from tolerable food. Supplements pose similar issues.

How to get Vitamin D when living gluten-free

Moderate exposure to sunlight may be the best way to raise Vitamin D levels, of course without burning. Getting a sunburn does nothing to elevate Vitamin D concentrations, and it can cause a lot of other problems.

Calcium: Difficult to Absorb and Present in Dairy Foods

Because of the damage celiac inflicts to the small intestine that absorbs this nutrient, people with gluten sensitivity are prone to calcium deficiency. The fact that milk is such a famous source of calcium doesn’t help those who are lactose intolerant.

Calcium is necessary for proper bone density, and deficiency can lead to osteoporosis. Because calcium deficiency is so rampant in people with gluten intolerance, the National Institutes of Health calls osteoporosis “a complication of untreated celiac disease.”

How to get calcium when living gluten free

Leafy greens are a great source of calcium, and Vitamin D plays a critical role in absorbing calcium into bones.

Magnesium: Not present in gluten-free substitutes and difficult to absorb

This isn’t unique to people with gluten sensitivity as researchers estimate that 50% of the US population is deficient in magnesium. Modern agricultural practices and food processing strip foods of their traditional rich magnesium content. The further processing involved in creating gluten-free foods exacerbates this problem.

Making gluten-free flour requires removal of bran and germ, which are rich in nutrients like magnesium. Naturally gluten-free grains like buckwheat, oatmeal, and millet contain magnesium, but their content may not be as high as it once was.

Since the small intestine absorbs magnesium, people with damage to the villi may have difficulty absorbing magnesium.

How to supplement magnesium when living gluten-free

A common effect of magnesium consumption is diarrhea. It’s actually in supplements that aid constipation. Magnesium comes in several forms in supplements, all with varying abilities to be absorbed.

Magnesium oxide, for example, has poor bioavailability and when taken as a supplement can cause digestive upset by increased excretion. Unfortunately, this is the cheapest form of magnesium thus the type often used in multivitamins and bargain magnesium supplements. Magnesium glycinate, magnesium citrate, and magnesium l-threonate (the only compound proven to raise magnesium levels in the brain) are superior options, but come with higher price tags.

Iron: Difficult to absorb and easy to lose

Damage to the small intestine also damages the ability to absorb iron. Some reports indicate that celiac disease causes gastrointestinal bleeding, which some scientists think could contribute to the well-documented iron deficiency among people with celiac.

Iron deficiency causes anemia, which is common among people with celiac.

How to get enough iron when you live gluten-free

Healing the small intestine is the way to start. You can get iron in two forms: heme and non-heme. Heme is the kind found in meats and fish, and a healthy small intestine can absorb it easily. Non-heme is the kind found in plants and is not as bioavailable. This type of iron — the type you get in leafy greens — needs Vitamin C to absorb in the body.

B Vitamins: Difficult to absorb and not present in many gluten-free substitute foods

The B vitamins, in particular the all-important folate and B12, are subject to the same challenges of the other nutrients that absorb in the small intestine. And, of course, the B vitamins are some of the most frequently added to fortified foods. The B vitamins are of critical importance to regulating blood sugar, cellular energy, and mood. Studies report high incidence of B12 and folate deficiencies in people with untreated celiac disease. These deficiencies are reversible through adherence to a gluten-free diet, but people who still have damaged intestinal villi may be prone to deficiency.

The B vitamins are some of the most frequently present in mainstream fortified foods. Since folate is critical during pregnancy to prevent deficiency-caused birth defects, it is pretty much ubiquitous in any fortified grains. As of this writing, few gluten-free substitute foods are fortified.

How to supplement B vitamins when you live gluten-free

Bottles of B vitamins, in various combinations and alone, crowd the shelves of the supplement aisles. Folate and B12 are available separate, together, or as part of a B complex. While we’re not going to get into the entire family of B vitamins in this article, we will mention that there are five other B vitamins as well.

While you may be tempted just to grab a bottle of B12-folate, pharmacist and author Suzy Cohen cautions that this may not be the best approach. When you supplement just one or two of the B vitamins, you are susceptible to a “relative deficiency” of the others. She recommends taking a B Complex supplement instead. Since the B vitamins are water-soluble, they are very safe even in a surplus.

And there’s a bigger question: If my intestinal villi are damaged, how will I be able to absorb the B12 and folate from a pill or capsule? You may not be able to do so with efficiency until your villi regrow. Until then, there’s Lypo-Spheric® B Complex Plus. Instead of relying on the intestinal vili for absorption, microscopic spheres surround the B vitamins — and minerals like zinc — and carry them from the digestive system to the bloodstream and the cells for absorption. It offers a way of working around intestinal absorption problems to get the nutrients you need.

About 70% of the zinc circulating in the body is bound to the protein albumin. Patients with Crohn’s and Celiac disease tend to have low albumin levels, thus less of this critical protein to bind to zinc. Our bodies have no zinc storage system, so the zinc that is not absorbed leaves the body as waste.

How to get zinc when you’re gluten-free

Zinc is a standard ingredient in many multivitamins. Since it’s a known immune system supporter, zinc is also often found in supplements with Vitamin C. It also appears in our Lypo-Spheric® B Complex Plus.

How to find gluten-free vitamins and supplements

It may seem odd that a wheat protein could lurk in a capsule, but it can. Supplement manufacturers add all sorts of seemingly unnecessary ingredients for taste, color, and consistency. Make sure the label, like that of the Lypo-Spheric® supplements, states “gluten-free” before you buy.