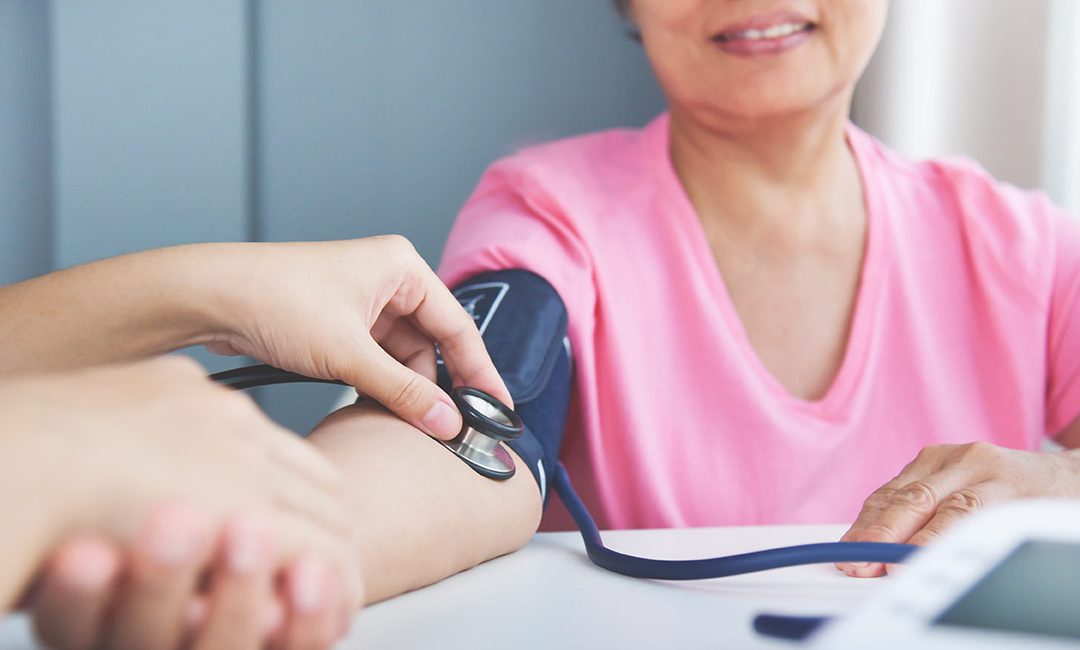 You’ve eliminated trans fats from your diet. You started exercising. The pounds are slowly coming off. You never smoked or were much of a drinker anyway. You’re trying to learn to meditate. You’re doing everything your doctor and Dr. Google told you to do for healthy blood pressure. There’s got to be some nutrients and vitamins for blood pressure health maintenance you can add to your diet, right? Right. Luckily, they’re mainstream nutrients and minerals that are easy to find online or in the supplement aisle.

These electrically charged minerals — sodium, potassium, calcium, and magnesium — regulate the fluids in your cells. They make sure the cells don’t have so much fluid that they explode or so little fluid that they shrivel up. In other words, the prevent cells from dying due to drowning or dehydration. While excess sodium — easy to come by in today’s processed food-heavy diet — has been linked to high blood pressure, depleted levels of the other three have been shown to have a similar effect.

Potassium actually mitigates the effects of sodium as the more potassium you eat, the more sodium you naturally excrete from your body. This mineral also relaxes the walls of blood vessels, which lowers blood pressure.

The American Heart Association recommends otherwise healthy adults with blood pressure over 120/80 increase potassium through diet. Bananas are almost synonymous with potassium these days, but you can also get quite the dose from sweet potatoes, avocados, spinach, watermelon, and coconut water.

Doctors urge caution when supplementing with calcium because too much of the mineral can have dangerous consequences. They recommend getting calcium through diet instead.

Like potassium and calcium, magnesium regulates blood cell relaxation. It also has an indirect effect on blood pressure by regulating cellular levels of potassium and sodium as well as serum calcium. If cellular sodium is too high and potassium is too low, hypertension occurs. This can occur by consuming a diet consisting of too much sodium and too little potassium, or by not consuming enough magnesium to perform its regulatory duties. Magnesium deficiency also changes calcium metabolism, which causes high rates of intracellular calcium while depleting serum calcium even when calcium intake is adequate through diet.

Low magnesium intakes are rampant these days with experts estimating that about half the adult U.S. population is deficient in this mineral. Diet, soil and crop depletion, food processing, obesity, medical conditions, and various medications contribute to low magnesium levels. Luckily, it’s easy for the discerning consumer to supplement. Magnesium supplements are common, but their potency varies by type.

Although Magnesium Oxide is the cheapest, it is also the most difficult for your body to absorb. Magnesium Citrate, Magnesium Aspartate, and Magnesium Glycinate have superior bioavailability, but they are a little more expensive. Magnesium L-Threonate also has great potential for absorption and is the only compound proven to raise brain magnesium levels.

Nitric oxide is a vasodilator, meaning that it widens blood vessels, which raises blood supply and decreases blood pressure. We produce nitric oxide in our bodies and again, high sodium intakes impede this process. Nitric oxide is an ingredient in numerous prescription drugs that stimulate blood flow. It’s also easy to get in diet through leafy greens and beets. Certain nutrients also facilitate nitric oxide production.

Most healthy adults produce enough of this amino acid, but as a conditionally essential nutrient there are certain circumstances in which some people may require dietary sources. Your body synthesizes nitric oxide from l-arginine using the NO synthase enzyme. Supplementing with l-arginine has been shown to reduce blood pressure in hypertensive hospital patients and reduce diastolic blood pressure in pregnant women.

This non-essential amino acid is the precursor to l-arginine, thus it is critical for nitric oxide. Researchers performing a 2019 meta-analysis found significant evidence that l-citrulline supplementation lowers systolic and diastolic blood pressure. Though your body makes enough of this nutrient, supplementation has been found to be more effective in increasing l-arginine levels because l-citrulline is not as vulnerable to digestive breakdown. Supplements are readily available, and watermelon provides the nutrient in abundance.

L-citrulline is particularly potent in combination with glutathione.

Glutathione for NO & More

Glutathione is the “Master Antioxidant.” Some of its most compelling benefits for maintaining blood pressure health relate to the effects of free radicals on the vascular system. As the author of a 2008 study writes, “Oxidative stress promotes vascular smooth muscle cell proliferation and hypertrophy and collagen deposition, leading to thickening of the vascular media and narrowing of the vascular lumen. In addition, increased oxidative stress may damage the endothelium and impair endothelium-dependent vascular relaxation and increases vascular contractile activity.” Researchers of a 2016 literature review noted that glutathione-related antioxidant defense systems seemed to be altered in subjects with elevated blood pressure.

In 2012, scientists at Johns Hopkins analyzed 29 previously published clinical trials and found that subjects who took an average of 500 mg of daily Vitamin C had 3.84 mL of mercury lower blood pressure. They do not go so far as to recommend supplementing with Vitamin C to reduce blood pressure as they felt more research into Vitamin C supplementation was necessary.

Studies indicate that intake of these oils from fish and fish oil is associated with a “small but significant decrease in blood pressure.” In a 2015 study, researchers noted a decrease in systolic and diastolic blood pressure in dialysis patients with 3 g/day of omega-3.

Folic Acid/Folate: The B Vitamins for Blood Pressure Health

Also known as B9, folate has demonstrated some capabilities as one of the vitamins for maintaining blood pressure health by supporting endothelial health, which is critical to healthy blood pressure. The endothelium is a thin membrane that lines the inside of blood vessels. Cells in the endothelium release substances that relax and contract blood cells. In a 1999 clinical trial, researchers administered high-dose folic acid (the synthetic version of B9 that converts to folate in the body) to healthy volunteers and found that the supplement enhanced endothelium-dependent vascular function.

Researchers observed similar enhancements in a 2002 study of smokers, also finding that 5 mg/day of folic acid supplementation was associated with lower blood pressure.

It’s not exactly one of the vitamins for blood pressure as your body naturally makes this compound. This antioxidant’s primary role is to shuttle fat to the brain cell mitochondria for conversion to energy. Acetyl L-Carnitine is also the subject of a couple small studies that link it with blood pressure health.

You may know this hormone for its association with sleep, but researchers have found compelling evidence that it is critical for healthy blood pressure. That’s because blood pressure “exhibits fluctuations during the day according to a circadian pattern: an increase in the morning is followed by high levels throughout the active day and a reduction by 10–20% during sleep.” Numerous studies have shown that melatonin reduces blood pressure during sleep.

The authors of a 2012 literature review discuss theories that this effect may be due to activating certain receptors in endothelial cells. Others believe it is due to melatonin enhancing the NO pathway, and its anti-oxidative ability.