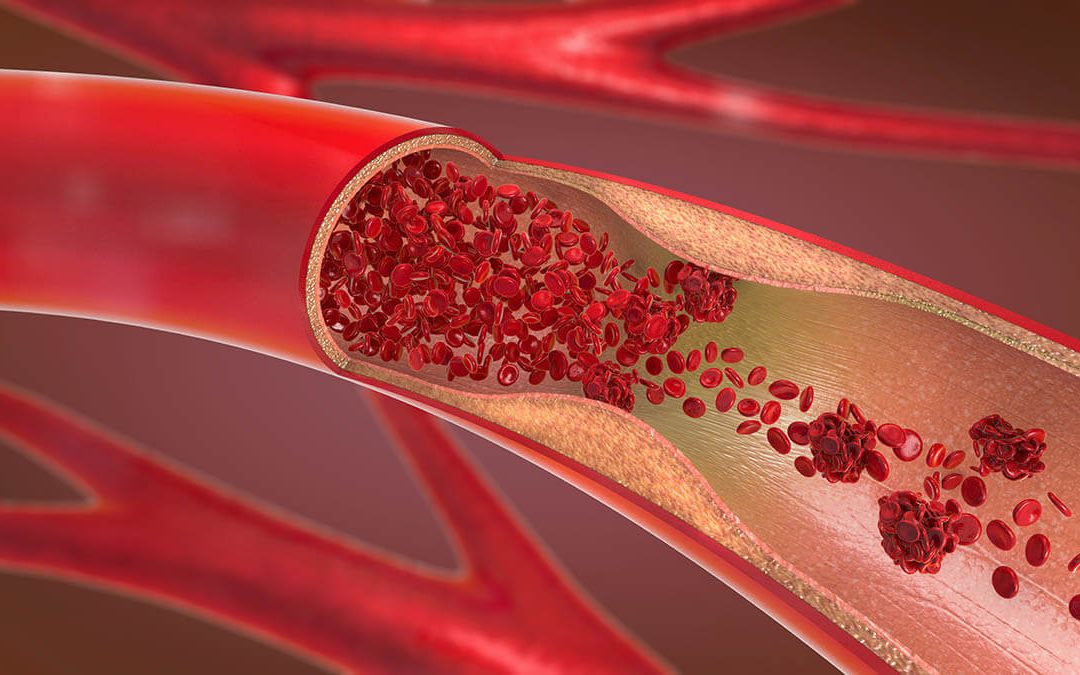 What is Oxidized Cholesterol?

Due to aging and lifestyle factors, many people experience plaque buildup in their arteries, limiting the flow of blood to their organs. While artery hardening is a natural part of the aging process, it has become a massive, chronic health problem today occurring in people much younger.

Fat, cholesterol, calcium, and other substances make up the plaque. The cholesterol in the arteries can become oxidized in the presence of free radicals. As Burt Berkson, M.D., Ph.D. says in his book The Alpha Lipoic Acid Breakthrough, “Billions of free radicals are produced within the hardened artery wall, and enormous amounts of metallic ions are present in the lesion. These metals are available to catalyze various free radical reactions that result in additional free radicals.” In other words, plaque is a breeding ground for free radicals and cholesterol is an easy substance for them to oxidize.

According to Berkson, “Most reputable scientists believe that LDL cholesterol only causes damage to the body in its oxidized state.”

Where do free radicals come from?

Glycation, the process of sugar metabolism, also generates free radicals. While this cannot be helped and is relatively benign in people with normal blood sugar, glycation is dangerous for some people. The process leaves waste products called Advanced Glycation End Products (AGEs) that bind to cell membrane receptors and generate more free radicals, which leads to oxidative stress.

Excess arterial LDL cholesterol is an easy target for oxidation.

How to fight free radicals and oxidized cholesterol

The number one way to do this is to lose weight. Period. Weight loss is often achieved by cutting out empty calories, which include frying oils (which are reheated in commercial kitchens, often past their smoke point, and usually are the partially hydrogenated vegetable variety that includes trans fats) and added sugar. Removing these elements from your diet and replacing them with natural whole foods will not only stop you from ingesting the substances that cause free radicals, but give you a dietary source of antioxidants.

The conditions that are associated with oxidized cholesterol often come with depleted levels of antioxidants. Constant free radical generation uses up antioxidants and causes oxidative stress. And a diet that does not include antioxidant-rich foods will only exacerbate the problem.

The amino acids glycine, cysteine, and glutamine are the building blocks of glutathione. Ensuring that you are consuming these essential amino acids — which can be found in whey protein, meat, fish, and some fruits — will provide you the ingredients for glutathione production.

You can also supplement glutathione, but look for a liposomal glutathione supplement to increase your ability to absorb and use this vital antioxidant.

Known to enhance glutathione production, carnitine is also a powerful antioxidant that has been found to support a healthy cardiac system.

As its name implies, carnitine is found only in significant amounts in animal products. Beef contains the highest levels, but you can also get it in chicken, cheese, fish, and milk.

Because its primary function is transporting fats to the mitochrondria to be burned for energy, the weight loss industry has latched onto carnitine as a fat-burning supplement, making them widely available. Look for a quality supplement, probably without the word “shred” on the label. We offer a liposomal Acetyl L-Carnitine supplement that is specifically formulated for maximum absorption and brain support.

As Berkson states, “The body, for example, converts beta-carotene into Vitamin A, and this antioxidant can help prevent the oxidation of LDL cholesterol.” Vitamin A occurs in a wide variety of foods, including sweet potatoes, beef liver, milk, carrots, and mangoes. Yet, the average American still manages to consume below the recommended daily allowance.

“Vitamin E works in the fatty regions of the body to prevent the oxidation of LDL cholesterol, thus preventing injury to the arterial wall,” Berkson writes. Almonds, sunflower seeds, avocados, and Atlantic salmon are good sources of this essential nutrient.

This family of eight vitamins is a requirement for glutathione production. Thiamine (B1), niacin (B3), and pyridoxamine (B6) inhibit glycation, which can help limit free radical production.

Since there are so many B vitamins that occur in a diverse selection of whole foods, the best way to ensure you’re getting enough is to follow a balanced, omnivorous diet. One thing to consider: B vitamins are some of the most common victims of drug-induced nutrient depletion, with common medications robbing your body of one or all of these nutrients you get from food. In those cases, a good B complex supplement is a solid insurance policy. Our liposomal B Complex Plus provides optimal amounts of all the B vitamins in a formulation specifically designed for maximum absorption.

Alpha Lipoic Acid enhances glutathione production. It is also a powerful antioxidant that scientists believe can recycle other antioxidants, like vitamins C and E. Alpha Lipoic Acid is a “direct inhibitor of lipid peroxidation, which is the principal free radical membrane destructive process,” Berkson writes. Along with helping to move sugars out of the blood and into the cells for energy, Alpha Lipoic Acid inhibits glycation.

Your body produces some Alpha Lipoic Acid, but experts like Berkson recommend supplementing. Look for a high-quality liposomal supplement that enables superior absorption.