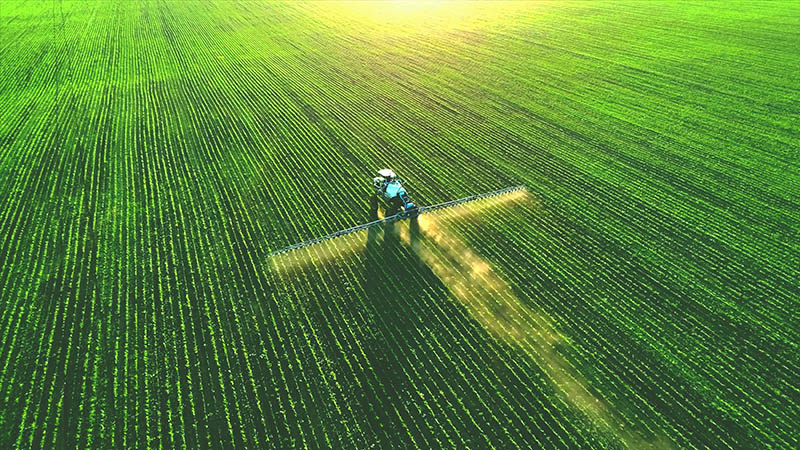 Pesticides, by definition, kill pests. But they are also harmful to humans and other non-target animals. One of their most damaging effects is inducing oxidative stress.

Our built-in antioxidant system, including substances like glutathione, is the first line of defense against free radicals. If the oxidative stress exceeds what this system can handle, antioxidant vitamins like C, E, and A (which we must consume from food and supplements) scavenge free radicals.

While numerous studies correlate pesticide exposure with oxidative stress, it’s important to remember these studies are performed on workers exposed to these chemicals via inhalation, not ingestion via food consumption.

The fatty acids in the cell membranes are vulnerable to free radical attacks, causing damage to the barrier that holds and protects cell contents. Called lipid peroxidation, this indication of cellular damage is common in studies of humans exposed to pesticides.

Ultimately, oxidative stress kills cells. Several researchers have studied the effect of oxidative stress on brain cells that release the neurotransmitter dopamine. This chemical messenger is critical to our ability to think, plan, move, and respond with emotions. The pesticide parquat, in particular, has been associated with the oxidative stress-induced loss of dopamine-releasing neurons.

In other studies, primarily on rats, researchers have related pesticide exposure to changes to glucose metabolism. They believe free radical production is involved. The researchers observed glutathione depletion in the pancreas, the organ that bears much of the responsibility for managing blood glucose.

These are natural insecticides derived from plants with their first known use dating back to the 1800s. Their synthetic derivatives, pyrethroids, are more stable. Because they have high toxicity to insects and low toxicity to mammals, both the natural and synthetic variations of these insecticides are often sprayed in public areas. Several studies show that the synthetic pyrethroids induce oxidative stress in the liver, brain, kidney, and some red blood cells.

As these insecticides are also used as chemical warfare agents, it should be no surprise they are the most toxic of all pesticides to humans. Several studies report evidence of oxidative stress in human red blood cells.

These fat-soluble insecticides are among the most controversial, including the banned DDT. As they can store in fatty tissue, repeated small exposures can accumulate and cause oxidative stress in various organs of test rats.