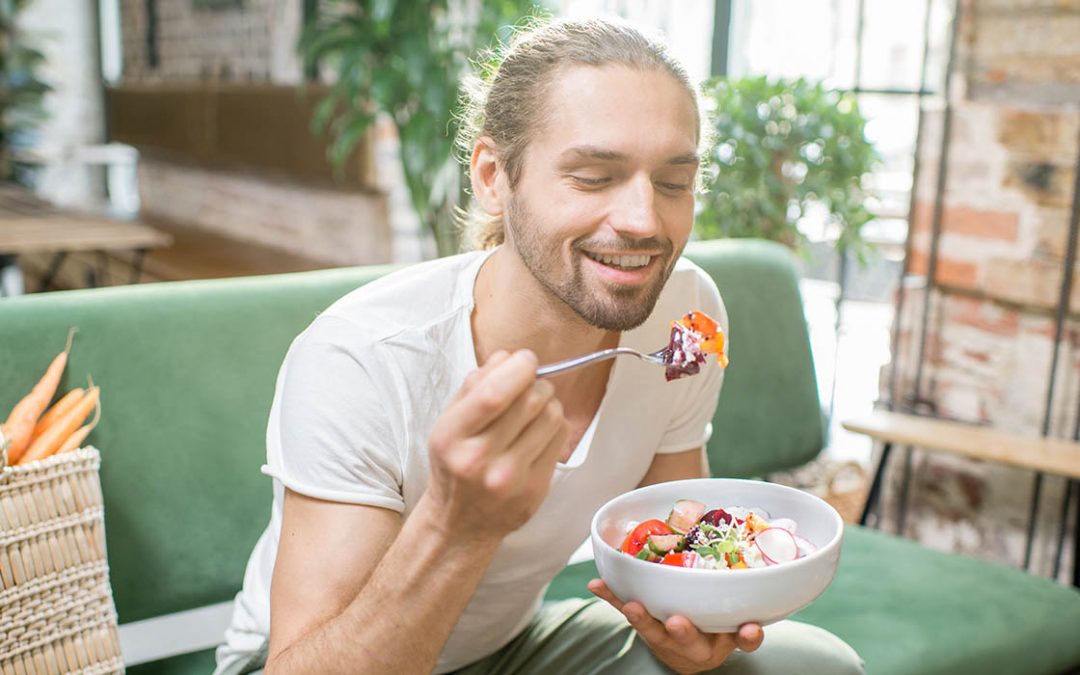 It’s not just B-12 that’s tough to come by in a vegan diet. Numerous other nutrients are scarce when you cut animal products from your diet. You know some, but you likely don’t know other critical supplements for vegans.

Supplements for Vegans: B Vitamins

You know this one, so we’ll get it out of the way. B-12 is critical to make red blood cells, nerve cells, and DNA. And it’s only found in animal products, it’s always the first on the list of supplements for vegans looking to avoid B-12 deficiency. You already know you need to supplement B-12, so how should you look for the best B-12 supplements for vegans? Luckily, we don’t have to contend with the “whole food B12” marketing myth, as there is no way to make a so-called whole food vegan B12.

We’re not exactly a neutral party here, but we recommend a liposomal B-12. Why? B-12, and all the B vitamins for that matter, are water-soluble nutrients. That means our bodies can’t store them. What doesn’t get absorbed passes through the body was waste, and absorbing B-12 is a complex and unreliable process. That means you’re not absorbing the dose listed on the supplement package, which is often something like 2,000% of the daily allowance (which would be fine if you did as there isn’t really a way for you to OD on B-12).

With a liposomal supplement, the B-12 molecules are wrapped in nutrient-dense fatty acid spheres that are actually made of the same material that comprises your cells. Because of this, they can bypass the unreliable systems upon which most edible supplements depend and travel through the bloodstream and into the cells by themselves. Our liposomal B Complex supplement was the first of its kind on the market. It’s vegan, non-GMO, and contains 50 mcg of Vitamin B12.

Biotin (B7), the vitamin that is critical for healthy hair and metabolic function, is by far the most prevalent in animal products. Just 3 ounces of beef liver delivers the entire 30 mcg daily allowance for adults. You can get 1/3 of that from a single cooked egg. Plant foods contain minimal biotin with sunflower seeds and sweet potatoes leading the way at a mere 2.6 and 2.4 mcg, respectively. Our Lypo-Spheric® B Complex Plus contains 300 mcg of Biotin.

Like the rest of the B vitamins, Niacin (B3) is a requirement for converting food to energy. You also need it for your cells to function.

The daily allowance for B3 is 16 mg for adult men and 14 mg for adult women. It doesn’t sound like much, and it’s not when you consider that 3 ounces of grilled chicken contains 10 mg of niacin. It gets a little more complicated when the highest plant-based dose comes from brown rice and fortified cereal. If you’re minimizing your grain intake, you can look to peanuts for 4.2 mg in a cup and the B vitamin-rich sunflower seed.

You can fulfill your daily needs by taking one packet of Lypo-Spheric® B Complex Plus.

Riboflavin (B2) is also an essential part of the food-to-energy conversion process. You barely need any Riboflavin, just a little over 1 mg each day, but it’s not naturally present in a lot of plant foods. Fortified cereal grains and oats are great sources, but riboflavin isn’t naturally occurring in these foods. Portobello mushrooms and almonds contain about a third of the fortified content per serving, while apples, spinach, and tomatoes offer a third of that. And Lypo-Spheric® B Complex Plus contains your entire daily allowance.

This nutrient is critical to regulate mood, muscles, and memory. It’s also the material that surrounds your cells, which protects the contents so they can function. Choline isn’t a vitamin per se because your liver makes a tiny amount of this nutrient, but the majority of choline comes from food.

Aside from the nutrient-dense beef liver that’s basically the most efficient source of all the nutrients we’re discussing, a single egg provides 1/3 of the daily allowance for adult women. Soybeans top the list of plant foods by providing 1/4 of women’s and 1/5 of men’s daily allowance in half a cup. This presents a problem for those with soy protein allergies, and the next vegan choline source is potatoes, which only provide half the choline content of soybeans.

An efficient way to supplement with choline is through our Lypo-Spheric® B Complex Plus, which is why it is becoming a popular supplement for vegans. Not only does this vegan supplement contain biologically active (absorbable) forms of the aforementioned B vitamins, the nutrients are encapsulated in fatty spheres that contain 12% of the daily allowance of choline. Since the choline is the same material that makes up the cell membranes, it is easy for it to assimilate into the cells and deliver the nutrients where you need them.

You often see this mineral in the ingredients panel of immune support supplements. Yes, it supports the immune system, but it’s also critical for numerous bodily processes, including metabolism and DNA synthesis. You also need it to maintain functioning senses of taste and smell.

What makes this one of the critical supplements for vegans is the best sources of zinc are, of course, animal products. There are some complications in absorbing zinc from plant foods. The phytates in whole grains, cereals, and legumes inhibit zinc absorption. So, if you’re depending on these foods for zinc, you may need to consume more than the 8 mg for women and 11 mg for men to absorb enough of this mineral. One packet of Lypo-Spheric® B Complex Plus contains 20 mg of zinc.

You need this mineral to make hemoglobin, the protein that transports oxygen from the lungs throughout your body. There are two types of iron in foods: heme and nonheme. Heme iron is more bioavailable than nonheme iron. Meats contain both heme and nonheme iron while plants and iron-fortified foods only contain nonheme. Meat, seafood, and poultry enhance the absorption of nonheme iron, but that’s not going to help vegans much. And, polyphenols present in certain staples of a vegan diet, like grains and beans, actually interfere with the ability to absorb nonheme iron.

And this brings us to our next critical supplement for vegans…

Now this may sound insane. “I’m vegan! I eat tons of fruits and vegetables! How can something I consume so often be one of the supplements for vegans? Aren’t I at my fill on Vitamin C?” You very well may be (although there is no tolerable upper limit for Vitamin C), so your consumption of Vitamin C may be more about timing.

Your body depends on Vitamin C to absorb non-heme iron. So, in order to make your iron supplement or cup of spinach supply you the iron you need, you could consider adding some Vitamin C. You could chase your supplement with orange juice and get a giant sugar rush with no fiber. You could make sure that you are eating strawberries, oranges, or bell peppers every morning at supplement o’clock. Or you could add Vitamin C.

Our Lypo-Spheric® Vitamin C is also encapsulated in choline-dense liposomes. This enables you to take 1000 mg without the gastric distress that comes with ordinary oral high-dose Vitamin C.

In the current carb-conscious climate, you’re probably looking at your intake. As a vegan, it’s probably on the higher end just due to the fact that many plant protein — lentils, chickpeas, etc. — options are also loaded with carbs. So, what does this have to do with supplements for vegans?

Carbs convert to sugar during digestion. Insulin released from the pancreas signals for the cells to take up the glucose. Too much of this over too long and the cells become less sensitive to that signal. That means that some of that sugar stays behind in your bloodstream to inflict all sorts of nasty effects on your body. Alpha Lipoic Acid transports sugar from the blood to the cells. Numerous studies have confirmed that supplementing with Alpha Lipoic Acid supports healthy insulin sensitivity, so glucose from carbs get to the muscles and the liver instead of staying in the blood.

It’s also a powerful antioxidant that’s been popping up in skincare products recently.

Your body only makes tiny amounts of Alpha Lipoic Acid, which isn’t enough to handle a high carbohydrate intake. Alpha Lipoic Acid is most prevalent in animal-based food, making it difficult for vegetarians to get the blood sugar and insulin health support they need.

Alpha Lipoic Acid comes in two forms in supplements: Synthetic (S) and Racemic (R). The synthetic version is cheaper, but has poor bioavailabilty. Racemic is the form found in nature and is much better absorbed. Alpha Lipoic Acid is unique in that it is both attracted to and repelled by water, making absorption through traditional oral supplements tricky. And it’s exactly why we’re encapsulated R-Alpha Lipoic Acid molecules in choline-based liposomes using our patented process.

You may have seen this one in the sports supplement section, but it can also be an important supplement for vegans. Carnitine transports fats to the mitochondria to be converted to energy. Acetyl L-Carnitine is a unique form of carnitine that specializes in brain cells.

As you may have guessed by its name, Carnitine is found only in meat. Our bodies produce a little bit, but experts says the amounts needed for optimal fat metabolism are higher. We make a liposomal variety of Acetyl L-Carnitine.

So many of the nutrients that we need for optimal functioning are in their most bioavailable state in animal foods. When you are selecting supplements for vegans, make sure that you are buying the ones that take absorption challenges into account.