Medications that Deplete B Vitamins 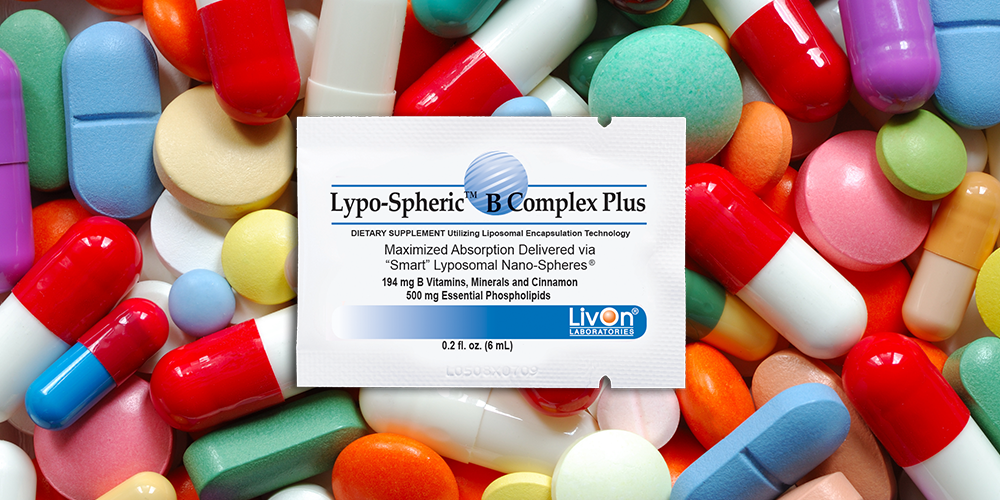 All drugs have the potential to interfere with nutrient absorption or circulating levels. The drugs are formulated to “block,” “inhibit,” or kill the process or pathogens that are causing a condition. Unfortunately, some of the processes they block are beneficial to your body, including the absorption of B vitamins.

In this article, we’ll cover the most common drug-induced B vitamin depletions. These frequently prescribed or over-the-counter medications are known to deplete all or some of the vitamins in the B family. The information included here was sourced from the Riordan Clinic, independent literature reviews of published scientific literature, essays and books by practicing pharmacists, and what is considered the definitive book on the subject: The Drug-Induced Nutrient Depletion Handbook.

The following drug classes and their effects on B vitamins will be discussed in this order:

B Vitamins Depleted by Antacids

Proton pump inhibitors and H2 antagonists are the second largest number of prescriptions filled each year to treat hyperacidity of the stomach. These drugs block an enzyme so the proton pump can’t secrete acid into the stomach. While this lowers the acidity, it also inhibits effective protein digestion that requires stomach acid.

As pharmacist John Preckshot writes in his article “Drug-Induced Nutrient Depletion: The Pharmacist’s Responsibility” in the December 2013 issue of America’s Pharmacist: “Digested protein is the primary source of vitamin B12, folic acid and the rest of the B vitamins. Protein needs to be thoroughly and properly digested to release these vitamins for absorption.”1

B Vitamins Depleted by Antibiotics

Antibiotics kill bacteria that are causing illness, but they’re not quite as smart as we’d like them to be. A lot of friendly gut bacteria that you need for healthy digestion and B vitamin absorption are lost to friendly fire. Read more details about antibiotics and nutrient depletion in our full article here.

As pharmacist Suzy Cohen writes in the Biotin (B7) chapter her 300+ page book Drug Muggers, “The human intestinal tract can make some biotin. It is not made in the cells. The manufacture of small amounts of biotin in the gut happens thanks to the hard work of beneficial bacteria. A flourishing, natural, healthy camp of bacteria is absolutely essential to making biotin. If you have poor gastrointestinal function, low amounts of healthy normal intestinal flora, or chronic diarrhea, you will become deficient in biotin. This explains why antibiotics are drug muggers of both probiotics and biotin.”2

B Vitamins Depleted by Anti-Convulsants

“Long term therapy with EIAEDs [Barbituates, Phenytoin, Carbamazepine] also decrease concentration of B vitamins,” write the authors of a 2016 study on vitamin deficiencies in medicated epileptic patients. The drugs increase excretion of Biotin, leaving less for the cells to absorb and use. These drugs, along with valproic acid, also reduce absorption of folate from foods.

Drugs that can deplete B vitamins*

B Vitamins Depleted by Anti-Inflammatories

According to the Linus Pauling Institute at Oregon State University, it’s the large doses of ibuprofen and aspirin, not the routine doses, is the problem when it comes to folate absorption.

Drugs that can deplete B vitamins*

Numerous studies in humans and animals show that diuretics increase the excretion of thiamine (B1). Diuretics increase urine production to help rid the body of salt and water, thus it makes sense that other substances would be subject to such excretion as well. According to the authors of a literature review on the topic published in Pharmaceutics in 2018, “The effect of diuretics on thiamin is of particular concern for the elderly, who are at an increased risk of thiamin deficiency due to low dietary intake of this vitamin.”3

B Vitamins Depleted by Hypoglycemics

Numerous studies confirm that Metformin lowers B12 levels in adults in a dose- and duration-dependent manner, which could be due to reduced intestinal absorption. Others have shown lower folic acid levels and elevated homocysteine. Higher homocysteine levels are directly correlated with lower folic acid, B6, and B12 intake as well as a higher risk of heart problems.

According to the Nutrient Depletion Handbook, the diarrhea and loose stools that can accompany metformin use may lead to the nutrient loss.

B Vitamins Depleted by Oral Contraceptives and Hormone Replacement Therapy

Ever since the pill became available in the 1960s, researchers have been reporting consistent correlations between oral contraceptive use and lower nutrient status. We’re talking numerous studies that all confirm the same results: women taking estrogen-based oral contraceptives have lower B vitamin levels and are often even deficient. There is no consensus on the exact mechanisms for the depletion of each nutrient, but scientists theorize that the hormone disruption caused by these medications is to blame.

According to the authors of a 2013 literature review looking at all studies involving nutrient status and the use of oral contraceptives (not limited to the B vitamins): “Among the possible mechanisms it has been suggested that these drugs may cause malabsorption of folate polyglutamates, increased excretion of folates in the urine and accelerated metabolism of folates through the induction of microsomal enzymes that require folic acid.”4

And this is more than has been written about the other B vitamins. Scientists have not figured out a cause for these depletions, but their existence is well-documented.5

The same effects are seen in hormone replacement therapy for menopausal women. Read our whole article on the topic of oral contraceptives and nutrient depletion here.

Symptoms of B Vitamin Deficiency

The B vitamins are all critical to produce your body’s energy, so a deficiency in any of these nutrients may result in lower energy levels and general fatigue. They also maintain nerve health, so that pins and needles tingling sensation or numbness in the extremities are also common to deficiency in multiple B vitamins.

Riboflavin B2: cracks in corners of mouth, soreness and burning of lips, mouth, and tongue, reddening and itching of eyes, light sensitivity, tiring of the eyes, dry and scaly skin

What you can do about medication-induced B vitamin depletion

Get tested for vitamin B deficiency

While these medications are known to deplete nutrients (on the basis of scientific studies sometimes dating back half a century), they may react in your body differently than others. Most of these researchers did not study multiple medications at once and their effects on nutrient depletion. It’s also extremely variable by the way that your body absorbs nutrients and by your diet and other lifestyle factors. The only real way to confirm a deficiency is by a blood test.

Take a high-quality B vitamin supplement

Suzy Cohen, RPh, recommends supplementing with B vitamins if you take any of the aforementioned medications as a “nutrient security system.”

The B vitamins are water-soluble, which means that your body can’t store them. When you take a vitamin B supplement, your body excretes what it doesn’t need, which makes high-quality B vitamin supplements extremely safe. Cohen also recommends supplementing with a B Complex that includes all the B vitamins to avoid a “relative deficiency” that occurs when you have levels of one B vitamin that are significantly higher than the rest.

Cohen recommends finding a B Complex that includes the biologically active forms of the B vitamins, which makes it easier to absorb for people taking medications that interfere with the body’s absorption systems. These include methylated forms of folate and B12, B3 as the powerful niacinamide, and B1 as benfotiamine which has 5X superior bioavailability to the standard thiamine.

Lypo-Spheric® B Complex Plus contains these biologically active forms of the B vitamins and it uses an advanced encapsulation technology (in fact, it’s similar to one the pharmaceutical industry uses to maximize drug efficiency) so it doesn’t rely on stomach acid and traditional pathways to absorb. Read more about how Lypo-Spheric® B Complex can help combat B vitamin depletion.

2 Cohen, Suzy, RPh. Drug Muggers: Which Medications Are Robbing Your Body of Essential Nutrients—and Natural Ways to Restore Them. Rodale, 2011.