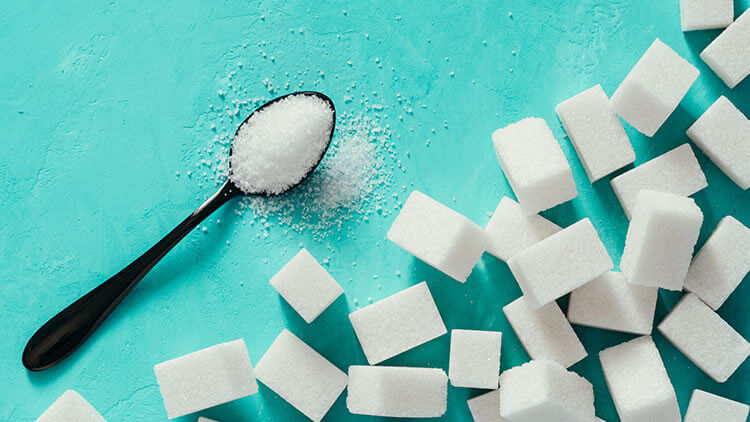 A spoonful of sugar helps the Vitamin C go down… and right out of your system without doing its job.

Studies have found that excessive amounts of sugar, or glucose, in the body can inhibit the absorption of Vitamin C. In the 1970s, researchers established that sugar and Vitamin C have a similar structure and enter cells using the same pathway, the GLUT receptors. This makes sense because most animals use glucose to manufacture Vitamin C in their bodies. We humans, however, do not have the L-gulonolactone oxidase enzyme needed to synthesize Vitamin C. Instead, we must get the nutrient through foods or Vitamin C supplements.

The problem with some popular supplements

Many of those supplements are loaded with sugar.

Both Vitamin C and glucose can enter cells using a critical protein known as the Glut-1 receptor. The Glut-1 receptor has a preference for glucose, which means it will choose sugar over Vitamin C when given the opportunity. This poses a particular challenge for white blood cells, which need as much as 50 times more Vitamin C within their cell walls than in the surrounding blood plasma to effectively combat the effects of oxidative stress.

If you read the nutrition panels on the back, instead of the marketing copy on the front, of the package, you’ll see that many popular supplements sold as high-dose Vitamin C for when you need it most contain more sugar than antioxidants. And often the content is a major disparity with up to eight times more sugar than Vitamin C.

Why this is an issue

It’s not just the interference of sugar with the absorption of Vitamin C. You may actually need more Vitamin C to neutralize the free radicals that you create by consuming excess sugar. In a 2000 study, researchers tested blood samples from a group of healthy adults who, after fasting for 12 hours, were given a solution of glucose in water with the sugar content of two cans of cola. Against the control group, the free radicals generated by the test group were double after two hours. In this time, their levels of the active form of antioxidant Vitamin E fell by 4%.

What you can do

There is a better way. Vegetables, including bell peppers and broccoli, contain large amounts of Vitamin C. Lypo-Spheric® Vitamin C, which utilizes a patented technology that encapsulates the Vitamin C molecules in phospholipids that enable better absorption in the cells, contains no sugar with its 1,000 mg of Vitamin C.