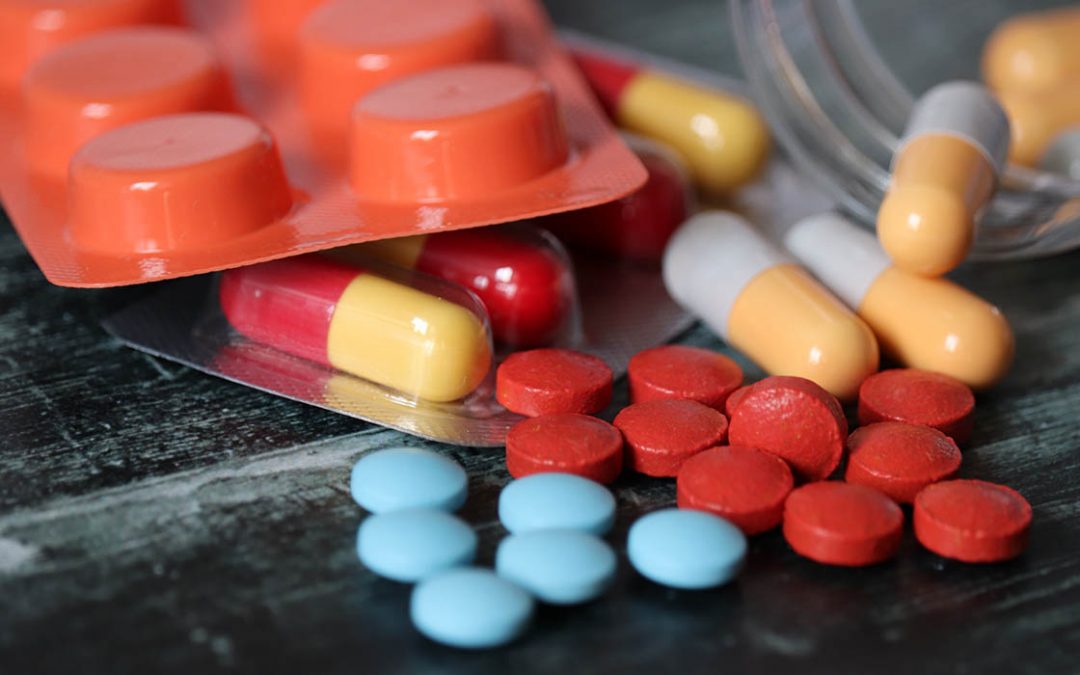 Proton pump inhibitors, part of a larger acid blocker class of drugs, have consistently demonstrated their effectiveness for treating multiple conditions while maintaining a “favorable safety profile.”1 That is to say, their use comes with an extremely low theoretical risk of developing conditions like stomach cancer.

Because they have been seen as a safe panacea, researchers are concerned that they may be overprescribed, particularly to patients outside of a hospital setting. Indeed, studies prove that proton pump inhibitors are overprescribed to treat stress ulcers in non-intensive care patients. While researchers have created guidelines to avoid prescribing chronic use of these drugs, few clinicians follow them. Contributing to this overuse is that 80% of acid blockers are available without a prescription.1

In 2010, proton pump inhibitor sales were almost $10 billion in the US alone.1

Maybe if the public understood that “safety” means little more than a lack of a link to cancer, they would question the need for chronic use of a prescription. Maybe the presence of so many of these drugs on the shelf at every drug store and grocery store, and even gas station, gives the false sense that they are as innocuous as the saline nasal mist, the bandages, and the cough drops in the aisle.

While the general population can likely manage these potential depletions, elderly and malnourished patients as well as those undergoing dialysis or taking multiple proton pump inhibitors are at risk for severe deficiencies.

The omnivorous Western diet provides substantially more B12 than needed for normal cognitive function and metabolism, assuming no interference with absorption. Bound to dietary protein, B12 requires an enzyme to be extracted for subsequent absorption. Gastric acid activates the enzyme, thus the acid suppression mediated by proton pump inhibitors may interfere with the ability to absorb B12.1

In a 2013 study, researchers concluded that taking acid blockers raised the risk of B12 deficiency. Younger people and women were at the highest risk, which nullified when the drug was ceased. They also noted the risk was greater when the dose was higher.2

Other studies have found relationships between proton pump inhibitor use and low B12 in some people, but the research remains inconclusive and literature review authors warn that many of the studies were poorly controlled.

Even without the use of medications, gastric acid declines as we age. About 20% of elderly people are B12 deficient. According to multiple researchers, it is worth monitoring B12 status in elderly people taking PPIs while likely not much of a concern in the general population.3

Types of proton pump inhibitors/acid blockers known to deplete B12

While rare, magnesium deficiency is a well-documented effect of many acid blockers. The FDA issued a warning about low magnesium levels and long-term proton pump inhibitor use in 2011.

The vast majority of the documented cases occurred in people taking PPIs for at least 5 years, and the median age was 70.2 Researchers hypothesize that pH affects magnesium absorption, but the exact mechanisms remain unknown. Scientists also are unclear as to whether PPI-induced magnesium deficiency is common or whether it occurs only in certain people.7

In multiple studies, low serum zinc levels were found in subjects taking proton pump inhibitors for at least seven days. The challenges to absorption seem to differ on the type of zinc administered. PPIs had fewer effects on zinc absorption from meals as opposed to supplements.

Why replenish vitamins and minerals depleted by acid blockers?

All the nutrients potentially depleted by long-term proton pump inhibitor use are critical to your body’s normal function. If you have low levels of these nutrients, your nerves, muscles, cardiac system, and brain will suffer.

B12 is critical for proper nerve and blood cell health, and contributes to making DNA. Vitamin C is one of the most important nutrients for immune system health, as well as a powerful antioxidant. Iron is essential to make the protein that transports oxygen from the blood to the lungs. Magnesium supports more than 300 essential processes in the body. Potassium is critical for cardiac function. Zinc supports proper immune function and brain health.

How to replenish nutrients depleted by acid blockers/proton pump inhibitors

Ensuring that you consume optimal amounts of vitamins and minerals from food is difficult enough when processing, cooking, and mineral-depleted soil leave less nutrients in our meals. Over-reliance on nutrient-poor processed foods — particularly those containing the Vitamin C absorption saboteur sugar — exacerbate the problem. Add a prescription drug to the mix, and absorbing the required amounts of every nutrient becomes a real challenge.

If you’re worried about potassium, the best value may be in the banana. Cooked spinach and broccoli, as well as melons and potatoes are also strong sources. Potassium can be dangerous in high doses, which is why standalone supplements are rare and often available by prescription only. Because the mineral is lost in sweat, many sports drinks and supplements include low doses. It’s also common in multivitamins.

Magnesium is one of the most widespread deficiencies with experts claiming as many as 50% of US adults are deficient. So much of the magnesium content of foods is removed by lack of magnesium in soil and processing of grains. Magnesium is easy to supplement as long as you use an absorbable form like magnesium glycinate or magnesium citrate. Since it’s water-soluble and your body excretes any excess, there’s no danger to taking large doses. The issue with taking even the absorbable forms of magnesium in traditional oral forms is that they follow the same absorption pathways that may be compromised due to chronic acid blocker use. Liposomal magnesium supplements, like Lypo-Spheric® Magnesium L-Threonate, bypass these systems for superior absorption.

Vitamin B12 is in a similar conundrum. Low levels are common in specific groups: in older people due to malnutrition and a natural decline in stomach acid, and in younger people due to vegetarian and vegan diets, and in people with digestive conditions that interfere with absorption. The problem with traditional supplements in the case of PPI-induced vitamin depletion is similar to the challenges magnesium faces. Again, a liposomal B complex supplement may be advisable. Author of Drug Muggers: Which Medications Are Robbing Your Body of Essential Nutrients — and Natural Ways to Restore Them, Suzy Cohen, RPh, recommends a B complex over B12 supplements as an influx of one B vitamin can cause a “relative deficiency” of others.

Vitamin C is plentiful in many fruits and vegetables, and few people experience deficiency. Since the recommended daily allowance is just enough to avoid the potentially deadly chronic deficiency disease scurvy, doctors and researchers have been arguing for decades that the RDA is not enough for optimal health. Vitamin C supplements are some of the most common, yet often least effective due to absorption challenges. Liposomal supplements bypasses your body’s restrictive nutrient transport system to deliver Vitamin C into the bloodstream and the cells where it is needed.

4 Cohen, Suzy, RPh. Drug Muggers: Which Medications Are Robbing Your Body of Essential Nutrients—and Natural Ways to Restore Them. Rodale, 2011.