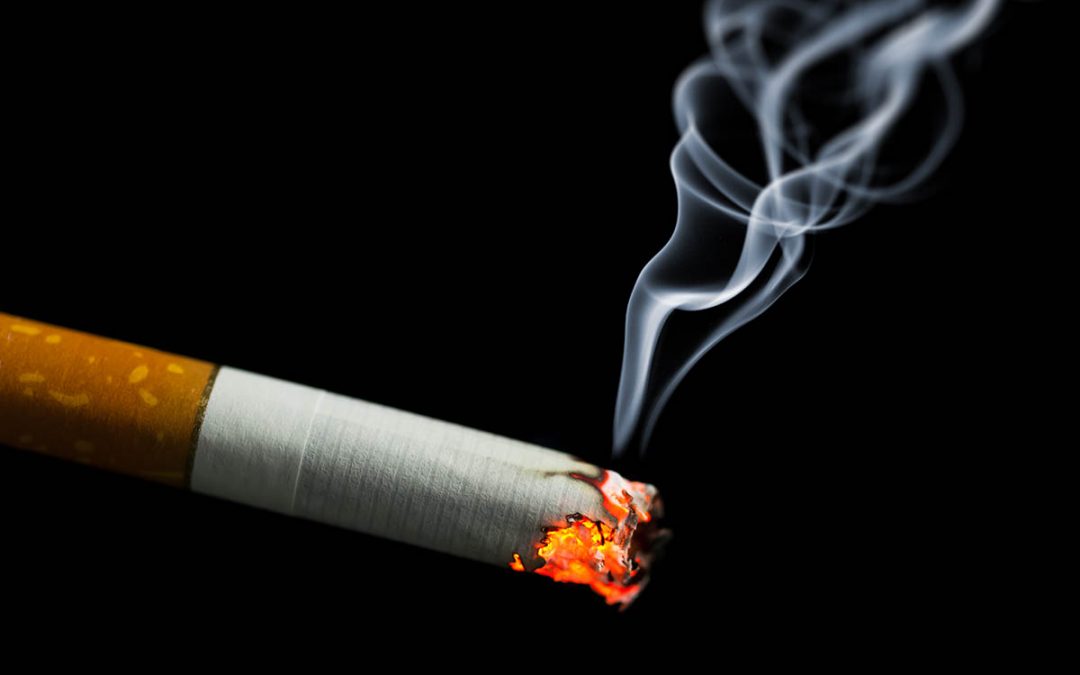 Smokers may have once been known for their svelte figures, but the research is conclusive that they are often lacking many vital nutrients. Vitamins for smokers are those nutrients commonly depleted by cigarette smoke and are also under-consumed by smokers.

Cigarette smoke contains 7000 chemical compounds, including carbon monoxide, benzene, hydrogen cyanide, arsenic, and formaldehyde. With a single puff, you inhale 10(15) free radicals from the tar, smoke, and water-soluble elements of the cigarette smoke.

Free radicals damage collagen, blood vessel lining, and DNA. They weaken the immune system, wrinkle skin, and overall age your body. Smokers tend to have higher levels of LDL cholesterol, which is the type prone to oxidation. The increased LDL cholesterol along with the increased free radicals can be a dangerous combination for cardiac health.

Along with higher free radicals, smokers have lower levels of antioxidants to combat them. According to a 1989 NHANES survey, smokers of 20 or more cigarettes/day had the lowest dietary Vitamin C intake as well as the lowest circulating levels. Smokers of 1–19 cigarettes/day had slightly higher intake and circulating levels, but were still significantly less than people who never smoked. The researchers noted that “smoking adversely affects preferences for vitamin C rich foods, the inverse association between smoking and serum vitamin C levels occurs independently of dietary intake.” This means smokers put themselves in a deep vitamin C hole by an apparent aversion to vitamin C rich foods (whether this is caused by smoking or is merely a characteristic shared by smokers is unknown) while the act of smoking depletes the meager amounts of vitamin C circulating in smokers’ bloodstreams.

Nicotine-induced kidney damage may prevent electrolyte absorption. Researchers in 2006 presented their findings to the American Heart Association that nicotine accelerated kidney damage in smokers. The kidneys are responsible for excretion and reabsorption of electrolytes — sodium, potassium, magnesium, and calcium. Electrolytes monitor fluid levels within cells so they don’t burst or shrivel, both of which end in cell death. These minerals are also critical to numerous other bodily systems, with magnesium playing a role in more than 300. This damage could at least partially account for consistently lower levels of magnesium and calcium in smokers’ bloodstreams.

Smoking damages elements that protect the stomach lining, which may interfere with nutrient absorption.

Even after correction for folate intake, smokers have lower plasma and red blood cell folate concentrations, which suggest that smoking alters folate uptake and metabolism.

Multiple surveys — conducted from the much smokier days of the 1960s through 2018 — all yield the same results: smokers consume fewer nutrients. Vitamin C, folate, Vitamin A, and Vitamin E are frequently lacking in smokers’ diets. Vitamins C, A, and E are powerful antioxidants needed to offset some of the damage done by inhaling massive amounts of free radicals. Your body requires folate to get rid of homocysteine, which can be dangerous to your cardiac health. Since smokers are already prone to heart problems, low folate can only exacerbate the problem.

In a 2017 study, smokers reported lower intake of healthy fats, iron, calcium, magnesium, potassium, vitamin c, b vitamins, vitamin e, and vitamin a. Smoking alters taste buds, which changes smokers nutritional preferences, not to mention that people who smoke are generally less likely to make better nutrition decisions. Nicotine also suppresses appetite, leading to some of the fears around quitting. https://www.ncbi.nlm.nih.gov/pmc/articles/PMC5659353/ All smokers in the study had low magnesium levels, but those who smoked more than 15 cigarettes per day had levels significantly lower than that.

How to supplement vitamins for smokers

Some research indicates that Vitamin A supplements may be detrimental to smokers who need them most, possibly even increasing cancer risk. As Vitamin A is fat-soluble and can accumulate in bodily tissues, few experts recommend supplementing with it. The nutrient is also readily available in sweet potatoes, spinach, carrots, milk, and so many more staple foods.

Vitamin C supplements may not only increase Vitamin C levels, but also Vitamin E. In a 2006 study, researchers found that taking 1000 mg Vitamin C supplements per day “could reduce by up to 45 percent the rate of disappearance of one form of vitamin E in smokers.” These supplements provided smokers about the same level of antioxidant protection from free radical damage as non-smokers. Lypo-Spheric® Vitamin C includes 1000 mg of Vitamin C wrapped in liposomes for maximum absorption without the gastric distress that often accompanies large doses.

Folate is vital for healthy pregnancy and is a central nutrient in many prenatal supplements, and according to some research, supplementing may even help modify adverse effects of maternal smoking. Folate may be difficult for some people to absorb, so look for a methylated folate in a supplement, like that included in our Lypo-Spheric® B Complex Plus.